It’s time to become more intentional about our curriculum choices and their long-term consequences. 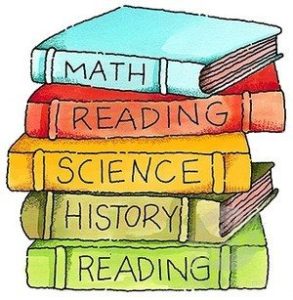 “If we would start telling the truth in schools, we would not have racism. We could cure racism in this country” —Jane Elliott

We may not be in schools, but Jane Elliot’s message is still applicable, maybe even more, to home educators. I decided to decolonize our curriculum early in our homeschool journey. My husband and I attended our first homeschool convention and were shocked only to see one other Black family. Convention after convention, I flipped through the pages of many of the curricula offerings in history, I was mortified by the omissions, false narratives, and outright lies. I had no intention of purchasing anything that I would need to have to edit for accuracy continually. After we repeated the same experience at several different conferences, I knew that we were in murky waters. Years later, my husband thought a community would be beneficial for our children, and we tried Classical Conversations. Sure, the timeline song was catchy. I love history, so when I realized how much the history centered whiteness, I was furious. Over the years, much of the curricula that I encountered cherry-picked the events and individuals that students learned. I had to be intentional about seeking books and resources that were inclusive and unbiased.

The vast majority of adopted textbooks and steeped with Eurocentric curriculum. They are whitewashed and leave Black, Indigenous, African, Asian, and LatinX individuals clamoring to figure out where we fit in.  It doesn’t take a rocket scientist to know that many of the narratives don’t hold up when scrutinized. We, home educators, have a choice. We must ask ourselves if we are ready to address the segregationist and racist ideas that have been woven into the curriculum.

Moreover, are we willing to altogether reject them and do the hard work required to push back against the false narratives? What would be the result of a curriculum that does not center Europe and whiteness? What if we stopped pretending that all Indigenous people were uneducated savages that needed Europeans to civilize them? Shouldn’t we address the interactions of Ancient Egyptians and the Greeks? Shouldn’t we be digging deeper into the dominance of Asia and spend more time learning about the Silk Roads? We must decide to be intentional about dismantling the lies that our teachers taught us and gift our children the opportunity to learn a more accurate and robust historical world view.

The education system has played a significant role in reinforcing the idea of race as a biological truth. It has positioned the white race as “ideal.” Additionally, the Christian church has played a central role in perpetuating the ideas of white supremacy (ex. white is “better,” “normal,” “smarter”). Much of the curriculum that the homeschool community uses has been produced by Christian publishers that are support racist ideologies. For example, Bob Jones University, BJU, was forced to admit black students in 1971, less than 40 years ago. Up until 2000, they prohibited interracial dating.  Abeka misrepresents the Scramble for Africa as beneficial to many Africans. Accelerated Christian Education (ACE) illustrates segregated classrooms in their curriculum. Their curriculum is used in many schools and by some homeschoolers.

We all learned white supremacy through what we were taught as well as what was omitted from our studies. It is our responsibility to challenge racism, xenophobia, sexism, Antisemitism, and more. We must all educate ourselves on anti-blackness, systemic oppression, privilege, and the roles our communities play in upholding systems of white supremacy ( black and brown folks too). But how? When shopping for curricula, pay attention to what is covered and how other cultures and histories presented. Scrutinize all resources. What is omitted? Is the African continent smaller than North America on your map? That’s going to be an issue. Are you only reading the “classics?” The “classics” ignore people of color and reinforce racist ideas (ex. Othello). Challenging racial and cultural stereotypes, prejudices, racism, and other forms of intolerance, injustice, and oppression provide rich and meaningful educational experiences. So, what steps are you going to take to decolonize your curriculum?

We use cookies to ensure that we give you the best experience on our website. If you continue to use this site we will assume that you are happy with it.AcceptPrivacy Policy